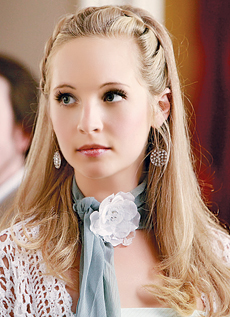 
Origins
Holly Starstorm is a young holo news journalist in The Gungan Council Universe. During her young life on Corellia, Holly attended a public school and was very involved in her schools broadcasting program. She quickly took to being an audio field reporter, and a camera operator. After a while Holly learned how to use editing software for both audio and video. She produced her own fashion audio show for the holo channel at her school. When Holly graduated she attended Coronet City University and majored in both holo broadcasting and journalism. During her university life, Holly produced several more audio shows, as well as a few holo video segments and documentaries. She started writing for The Coronet Times, a local downloadable publication that reported news for Coronet City. During her career for The Coronet Times Holly won several holo journalism awards and was a star reporter for the publication. She remained at the Correlian paper for a few years before she decided to try her hand at galactic wide news.

In order to establish her name in the news world, Holly became a freelance reporter headed to The Galactic Underworld for a documentary on criminals. For the documentary Holly went undercover, using the persona of a slave named Viola Starstorm. Viola was monitoring the slaving situation from the inside when a spacer named Jonathon Patches won her in a bet. He collected Viola but was not a man who owned slaves so instead he gave the girl her freedom. This was an interesting angle the world of slaves so Viola asked if she could tag along with Jonathon and learn more about his line of work as an information broker. Jonathon Patches taught Holly how to get into places she ought not to be. Patches taught Holly the art of persuasion, disguise, and creativity, as well as many other skills used by both spies and oddly enough reporters. Using a combination of these skills, Holly was able to record a great story for release about criminal activities in The Galactic Underworld. She compiled her data and thanked Jonathan before she departed, but never revealed her true identity to the man.

Cast and Crew
As a freelance writer Holly works with whoever she can find. She does have one camera man who is often with her on many assignments named Boro. Holly met the male Bothan while he was in a bar one night be harassed by an angry Wookie named Zhkyyk. Poor Boro is shy and quiet mannered and usually easy to push around. Holly felt bad for him as she watched the Zhkyyk try to intimidate money out of Boro. She stepped in, using her knowledge of the local area to convince Zhkyyk she had dirt on him. The Wookie backed off and Holly and Boro have been friends ever since.
Boro being harassed by Wookie before meeting Holly.

When the Sith attacked Coruscant Holly was summoned to do a public relations campaign and emergency broadcast against the Sith at the Holo News Network. It was her first time appearing on camera in the famed broadcasting station. She accepted and provided war coverage with Zatara Dantes under the disguise of Marty McFly. Ever since her broadcast earned top ratings Holly has been asked to do a few segments for HNN. She is thrilled with the opportunity and will hopefully be starting her career as an established journalist soon.

Holly is quirky and cute. She almost always seems to be in a bright sunny bubbly mood but once her mind is made up she's determined to get what she wants. She often finds herself inside of situations she doesn't need to be in, usually with the goal of getting a story out of the deal. She's girly and intelligent and very fashion forward. Some have gone as far to call her a ditz. Despite her charming personality Holly is a reporter and a professional and tries never to let her nature interfere with her work.... well almost never.