The casino was ready for one of the biggest parties of the galaxy. Even though the Sweethearts Ball was traditionally for couples, the owner of the casino had made sure there were activities for singles as well. The club included all types of gambling, a spa, a pool, several bars and live entertainment. Coruscant also offered several activities if people chose to stray, but hopefully they would come back for the delicious buffet the staff had prepared. The smell of food and the sounds of dancing, gambling and drinking floated through the air, promising all in attendance a good time.
Last edited: Feb 8, 2020

Within the upper levels of the two story event hall of the Casino there was a Ballroom and Bar set up primarily for the patrons who were being escorted by a date while others were welcomed to prowl in search of company if they so desired. The music was being provided by artfully crafted lungs while a pianist stroked the keys in only the ways that a master could, and as their combined noise drifted through the air it encouraged a number of people to begin dancing as the waiters and waitresses hurried back and forth with silver trays carrying long stemmed, narrow glasses to those who'd requested stiff drinks. Drinks that were plentiful, no doubt, as the owner himself had appreciated only the finest drinks that the galaxy had to offer, and in fact he had spent more on the alcohol for that celebration than he had for the entire spread of food, the staff and the musical performances that he'd lined up combined. A pristine glass of wine or a carefully crafted whiskey could bring one's mood into perfect balance, after all, and while all other elements of the event were exceedingly satisfactory, it was the expensive array of drinks that seemed to be the hit of the night.

Zeltroni men and women who had been transported from Zeltros to help the staff had sifted out through the establishment offering White Lotus Wine that was twice as potent as your standard swill, and behind the bar the Honey Kiss Whiskey had nearly been depleted already while the Zeltron and Coruscant craft beers were being guzzled down by the more gruff, bar clinging types. Beyond the multiple bars along the edges of the room, though, there was a dance floor that was laid out in front of a stage upon which the singer slowly flowed about while raising her voice just high enough above the piano being played so that both could be enjoyed by the many listening ears. As the bodies on the dance floor increased in number, though, a single man strode across the room, weaving through spinning bodies while taking long, lax strides until he reached a staircase around which he edged until he was standing in the middle of the banister and peering down to the base level of the casino ballroom upon which the tables had been set for various gambling games.

Amber eyes slowly rolled across the base floor watching as die were cast and cards were flicked from player to player who subconsciously dabbled with their chips in varying ways, though none of them seemed to notice the man staring down at them from above who's towering frame and warm, unblinking eyes gave him an oddly predatory presence. Their gleeful, ignorant pleasures were soon interrupted by some loud whistling noise that seemed somehow amplified by some sort of instrument, though, and when their concentration was broken they all stopped what they were doing and turned their attention towards the stairs, which had appeared to be the source of the sound as the music slowly died away as the song had come to it's natural end.

"Apologies for my interruption.", a deep and confident voice called out to everyone upon the first and the second floors of the massive room that had been constructed for just such occasions. "A moment of your time is my only request so that I may welcome you all to the Twin Peaks Casino of Coruscant. A place that I call home and that I hope you will enjoy to it's fullest tonight.", he told them as he slipped his left hand into his left pocked while raising his right hand to display a short topped crystal glass filled halfway full with an amber color liquid not unlike the color of his eyes. "I am blessed with the company of titans and angels, no doubt, and so it is my honor to share in your elated sounds and delighted smiles. So... from my heart to yours.", he told them, his voice oddly soothing to the ear as he delivered a carefully chained set of words by his practiced and pleasing tone.

No sooner did he raise his glass up to eye level for a toast in honor of the well dressed and spirited looking social elites did a round of applause and cheers ring out across both levels of the massive ballroom and private casino section of the massive building, many of them utterly thrilled to have simply received an invite to the party of the decade. As happy as could be the gathered guests who had drinks raised them and took a sip along with the lone man who towered above the elegantly crafted staircase, he himself having a sample of his favored Honey Kiss Whiskey while watching those foolish sycophants eat up every last word that he might have uttered. Just the way they were meant to. Just the way a lapdog was expected to behave... 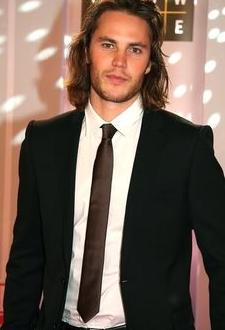 This was expected of him. Parties and gatherings and high society events, this was Sieben's battlefield just as sure as the plains of Maridun were a Stormtrooper's battlefield. He took a moment to himself to stare at himself in the mirror of the bathroom. In a moment, a smile crept across his face. A genuine one, or at least, it was as genuine as anyone would be able to tell. As a trained diplomat, Sieben was an expert at making sure his face gave off the emotion he exactly intended it to. He ordered a Cioranian Syrah, aged just over four years. Any longer would have spoiled it.

He raised a glass as the host of this little shindig gave an opening speech. The host was young, younger than Wick, but Wick's understanding was that the young man was just fabulously wealthy. The type of wealthy that attracted hangers-on and the type of wealthy to want favor from an Imperial ambassador. Or to have an Imperial ambassador owe them a favor.

Sieben started walking around with his wine glass, looking to mingle.

Balls she always hated them as a child growing up she had been forced to go to them while on leave from the Temple. A ball however could be a place to watch all the mating rituals of the galaxy occur in one room to various types of music while ingesting food and drink.

Least that's what she told herself.

She was the wall flower here the one sitting just out of view wearing a traditional dress of Alderaan only in the shade of soft blue. She could have stayed home and just let the night drift by unfortunately she couldn't sleep and needed the sound of voices of people to remind herself that she was alive and not alone.

She noticed the couples, men and women with escorts, men with wives, women with husband, partners, and any other form of couple you could think of. She couldn't help but remember a ball from a time ago though when the galaxy felt safe and the people slowly began to live again.

A waiter came near and Rianna picked up a glass of something it had bubbles that was all she cared about and it gave her something to hold onto. For now she would sit quietly and sip it content to watch and live with her memories.