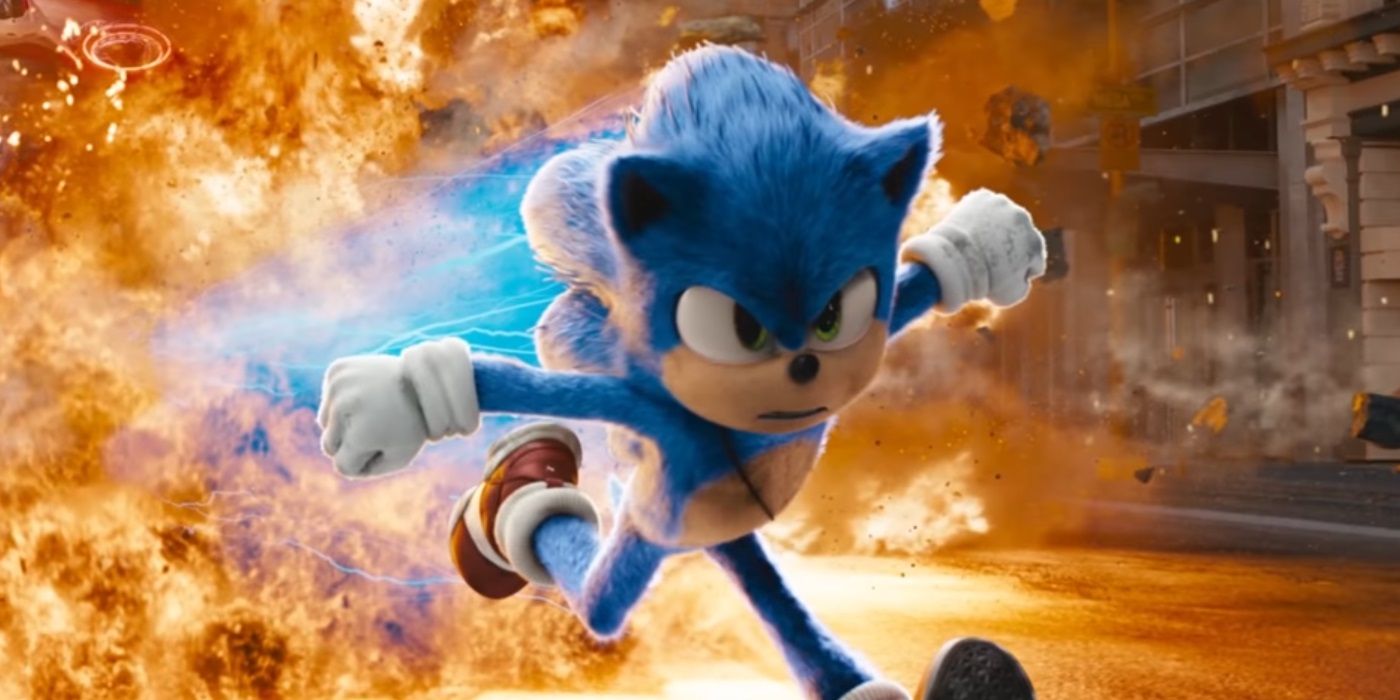 Paramount has a hit franchise.

I remember back when the design of Sonic was a big story. Then they redesigned him for the film. But oddly, I don't really remember the film being released.

I had Sonic on Sega Genesis.... last video game system I ever bought, but I think i told you that before.

Yes you did, General... and I have it stored in my noggin.

I also had and still have, a working Gamegear that plays the Sega cartridges. Had two Gamegear, but one seemed to have somewhat fried. Somewhat as the screen is iffy-iffy and scrambles up. But the other one is working like a charm. Shoot, which reminds me. I don't think the little one has played it in a while and I best remove the batteries lest it fries too.
I had tried Sega Genesis CD but that sucked. Horribly. It was so slow to load, one could fall asleep waiting for the next level.
But SEGA made up with the SATURN system. I still have that tucked away with a couple of CD's in my closet. I had brought it to work for awhile after it's demise and the peeps in the office loved it. We played it during breaks and stuff. One favorite i believe was a TAXI Cab game. Anyway, when we moved to a new building I took it back home, as we got better desktops and i think I was hooked on TGC by that time.

The household now has gone through a few generations of PlayStation, X-Box and wii, among other platforms, including PC games.
No, I don't play any of them. I get killed in those games in less than two minutes...less than two. Seriously.

Don't know where my game gear went, but i believe i still have 1 or 2 of each game boy from the orginal upto the GBA. Found my N64 the other day. Have both versions 1 and 2 of the sega gensis, the sega cd, and sega 32X. Yea, too many games to count. The consoles get their own plastic tote container. The only thing my wife allows in the bedroom is my Xbox One, Xbox 360 and PS2. Everything else is kept safe in the basement.

Ahh, I forgot about SEGA 32X. yes, yes...
Only half of the games worked on mine though. It was another bust. I think I still have the 32X top that went into the Genesis slot. Was disappointing in it from day1. But at the time, the N64 was difficult to acquire, so I bought the 32X for the Genesis.
Needless to say, by late Feb of that season I was able to acquire the N64.
Incidentally, I think it still exists. But I left it and the games in Gouldsboro PA. I have a trailer there in the ICC (Indian Country Campgrounds) campgrounds that I haven't checked on in like 6 or so years. As far as I know it hasn't been broken in to.
I can imagine the brush and undergrowth that has taken over the lawn and driveway though.
I do need to cross that creek and take a gander at the property.
You must log in or register to reply here.
Share:
Facebook Reddit Link
Menu
Log in
Register